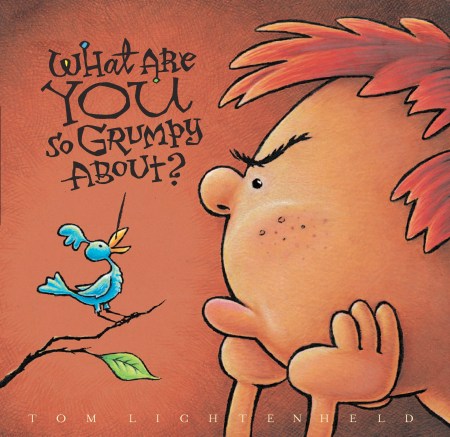 What Are You So Grumpy About?

by Tom Lichtenheld
“Any parent of a small child knows that the best cure for a youngster’s bad temper is to redirect his or her attention toward something humorous. Lichtenheld demonstrates just how this works in a collection of large, double-spread cartoons depicting a variety of situations that might cause a rotten mood…Lichtenheld’s big, bold, broadly comic art style…is well suited to the tone of the text and has solid child appeal. Give this one to grumpy kids, or to anyone in need of cheering up.” -Booklist 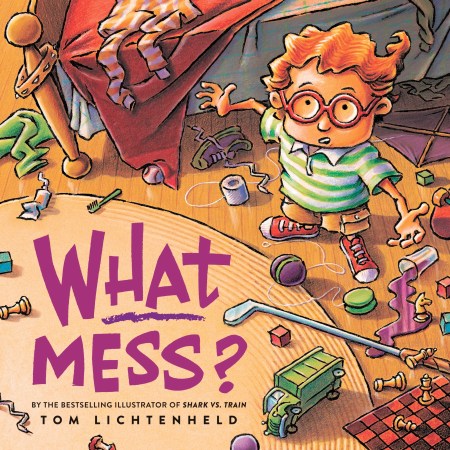 by Tom Lichtenheld
Bestselling author Tom Lichtenheld brings a mad-cap mess ALIVE in this lightly animated interactive format — perfect for young readers of all ages! Fans are sure to delight in What Mess?

Story Synopsis:
Why is this room such a mess all the time?
What’s with that smell, and what’s with the grime?
What Mess? is a hilarious conversation between a boy and his parents about a room that’s such a disaster zone, he’d have to clean it just to call it a mess. 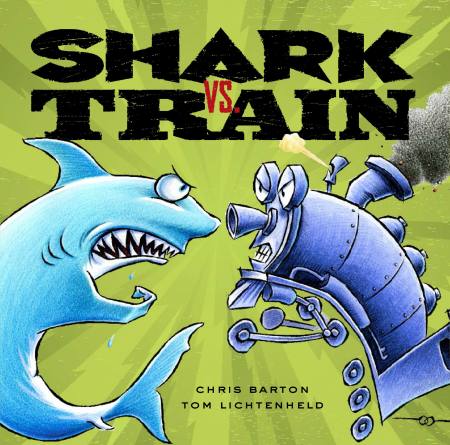 by Chris Barton Illustrated by Tom Lichtenheld
Shark VS. Train!
WHO WILL WIN?!

If you think Superman vs. Batman would be an exciting matchup, wait until you see Shark vs. Train. In this hilarious and wacky picture book, Shark and Train egg each other on for one competition after another, including burping, bowling, Ping Pong, piano playing, pie eating, and many more! Who do YOU think will win, Shark or Train?

[star] “This is a genius concept.” — Publishers Weekly, starred review

[star] “Lichtenheld’s snarling shark and grimacing train are definitely ready for a fight, and his scenarios gleefully play up the absurdity. The combatants’ expressions are priceless when they lose. A glum train in smoky dejection, or a bewildered, crestfallen shark? It’s hard to choose; both are winners.” — Kirkus, starred review 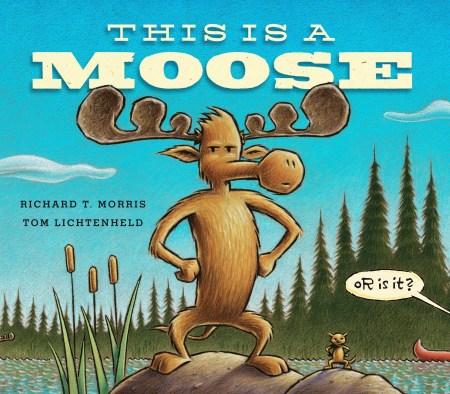 This Is a Moose

by Richard T. Morris Illustrated by Tom Lichtenheld
Lights! Camera! Moose!
MOOSE? Yes, Moose! When a movie director tries to capture the life of a moose on film, he’s in for a big surprise. It turns out the moose has a dream bigger then just being a moose–he wants to be an astronaut and go to the moon.
His forest friends step in to help him, and action ensues. Lots of action. Like a lacrosse-playing grandma, a gigantic slingshot into space, and a flying, superhero chipmunk.
In this hilarious romp, Richard T. Morris and bestselling illustrator Tom Lichtenheld remind us to dream big and, when we do, to aim for the moon.