Ian Rankin is a #1 international bestselling author. Winner of an Edgar Award and the recipient of a Gold Dagger for fiction and the Chandler-Fulbright Award, he lives in Edinburgh, Scotland, with his wife and their two sons 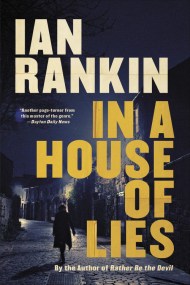 In a House of Lies

A cold case involving a missing private investigator threatens to unearth skeletons from Rebus's past in this "must-read" mystery (Tana French).
Former Detective John Rebus' retirement is disrupted once again when skeletal remains are identified as a private investigator who went missing over a decade earlier. The remains, found in a rusted car in the East Lothian woods, not far from Edinburgh, quickly turn into a cold case murder investigation. Rebus' old friend, Siobhan Clarke is assigned to the case, but neither of them could have predicted what buried secrets the investigation will uncover.
Rebus remembers the original case -- a shady land deal -- all too well. After the investigation stalled, the family of the missing man complained that there was a police cover-up. As Clarke and her team investigate the cold case murder, she soon learns a different side of her mentor, a side he would prefer to keep in the past.
A gripping story of corruption and consequences, this new novel demonstrates that Rankin and Rebus are still at the top of their game.
Read More 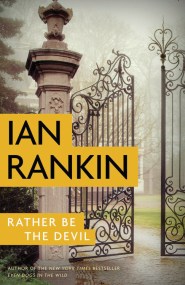 Rather Be the Devil

As he settles into an uneasy retirement, Rebus has given up his favorite vices. There's just one habit he can't shake: he can't let go of an unsolved case. It's the only pastime he has left and up until now, it's the only one that wasn't threatening to kill him. But when Rebus starts reexamining the facts behind the long-ago murder of a glamorous woman at a luxurious hotel - on the same night a famous rock star and his entourage where also staying there - the past comes roaring back to life with a vengeance.

And as soon as Rebus starts asking questions about the long forgotten crime, a fresh body materializes. His inquiries reunite him with his old pals-Siobhan Clarke and Malcolm Fox-as they attempt to uncover the financial chicanery behind the savage beating of an upstart gangster, a crime that suggests the notorious old school crime boss Big Ger Cafferty has taken to retirement as poorly as Rebus himself.

As he connects the mysteries of the past to the those of the present, Rebus learns - the hard way - that he's not the only one with an insatiable curiosity about what happened in that hotel room forty years ago, and that someone will stop at nothing to ensure that the crime remains ancient history.

A twisted tale of power, corruption, and bitter rivalries in the dark heart of Edinburgh, Rather Be the Devil showcases Rankin and Rebus at their unstoppable best.

What Makes You Suspicious?

If You Were a Cop, What Would Your Beat Be?

Can You Predict the Outcome of Crime TV Shows and Movies?