As a light-skinned mixed race woman, reality has never felt one hundred percent stable to me.

Take, for example, last week, when I needed to pick up tailoring from a fancy department store downtown. Normally, I’d be careful to dress ‘respectably’ for that outing, but my kid had been up all night and my pandemic laundry schedule is chaos. So I made do in sweats, a ratty t-shirt, and a backpack. Because I can easily pass for white, the Fancy Department Store Security didn’t so much as blink as I humped it across the makeup floor. But they sure did snap to when a couple of Black teenagers—dressed far less like thieves than my sloppy self—dropped a spritzer of trial perfume onto the marble floor. The instant it shattered, two grown men with badges appeared out of nowhere. Hastily, they escorted the teenagers from the building.

Anger choked me, and a familiar shame, too: If I were two shades darker, there’s no way I could’ve walked into that store unmonitored; no way I could’ve gotten away with sweats and a backpack in such a wealthy, white space. That day, as on every single other day of my life, my light skin bubble wrapped me in privilege while those girls, as in every day of their lives, wore clear targets on their backs.

This is normal stuff in our society, but isn’t it also almost absurdly abnormal? Like an episode of The Twilight Zone?

As a member of a mixed family, I’ve always lived in Bizarro Land. Time and time again, the world has consistently treated my mother and brother, the two most melanated members of our family, with harshness and suspicion, while my father and I glide effortlessly through every checkpoint. From the texture of our memories, you’d never know that my brother and I grew up in the same neighborhoods. Even as a youth, he was questioned, harassed, and considered a threat in spaces that often welcomed me (at least up to a point). As an author, I’ve remained fixated on the uncanniness of an America that frequently deals with my sibling and myself in diametrically opposite ways based on our skin color.

MIRROR GIRLS interrogates reality through the experiences of biracial twin sisters, one light enough to pass for white and the other obviously Black, who are separated at birth in the Jim Crow South. Light-skinned Magnolia is raised as the white heiress to a cotton plantation, while her sister Charlie is whisked North by her desperate grandmother after the murder of their parents. When the sisters finally reunite down South, they’ve experienced two very different countries. Even in the same town, their lives are twisted mirror images: Magnolia sleeps in a fine (albeit haunted) mansion, while Charlie is cautioned never to venture outside of Colored Town, especially at night; a friend to one of them is an enemy to the other; and all the while, the Jim Crow Laws that govern daily existence shift beneath them like quicksand.

As a novelist, I wanted to tell the story of racism in the 1950s from the perspective of its most mundane horrors. It’s the little things that tell us where we stand in our elaborate caste system, and the smallest interactions—a ‘Colored’ sign above a water-fountain, or the sinister alacrity of Fancy Department Store security—that expose systemic racism running like magma beneath the surface of everything.

In my research, I paid close attention to the “set design” of regular life: the advertisements, the storefronts, all the nasty little rules and routine by-laws. When Charlie’s train from New York crosses the Mason-Dixon line, a conductor informs her and her ailing grandmother that they need to move because the cars are now segregated (true story). Later, at the train station, she’s assaulted by a sign proclaiming, Coca-Cola! The Soft Drink for Whites-Only (based on a real ad). Her grandmother’s returned to Georgia to be buried in the land where she was born, but at that very moment, white townspeople are planning to segregate the cemetery (by digging up Black bones, which again, has its true precedents).

Before she learns about her racial heritage, Magnolia’s daily existence seems a thousand times easier than Charlie’s. Nevertheless, the rot of her oppressive community is invisibly sickening her (and that’s a true fact, too—inequality takes a soul tax on everyone).

Through these small, historical details, the book asks how we reconcile the fact that we live in segregated universes, even now. Since you’re here, I’ll let you in on the secret my sisters learn as they face Jim Crow from opposite sides of the color line: In order to get anywhere at all, we must take a good, hard look into each other’s unequal worlds. We can’t ignore the teenagers carted out of the department store or the towns built in flood zones or any of society’s mundanely duplicitous attitudes. If we refuse to acknowledge what’s really going on, we’ll never build the necessary bridges. Rather, we’ll continue, as we always have, to exist on opposite sides of a haunted mirror. 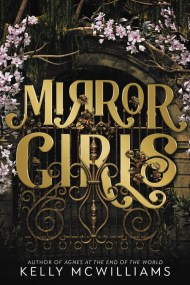 A thrilling gothic horror novel about biracial twin sisters separated at birth, perfect for fans of Lovecraft Country and The Vanishing Half

As infants, twin sisters Charlie Yates and Magnolia Heathwood were secretly separated after the brutal lynching of their parents, who died for loving across the color line. Now, at the dawn of the Civil Rights Movement, Charlie is a young Black organizer in Harlem, while white-passing Magnolia is the heiress to a cotton plantation in rural Georgia.

Magnolia knows nothing of her racial heritage, but secrets are hard to keep in a town haunted by the ghosts of its slave-holding past. When Magnolia finally learns the truth, her reflection mysteriously disappears from mirrors—the sign of a terrible curse. Meanwhile, in Harlem, Charlie's beloved grandmother falls ill. Her final wish is to be buried back home in Georgia—and, unbeknownst to Charlie, to see her long-lost granddaughter, Magnolia Heathwood, one last time. So Charlie travels into the Deep South, confronting the land of her worst nightmares—and Jim Crow segregation.

The sisters reunite as teenagers in the deeply haunted town of Eureka, Georgia, where ghosts linger centuries after their time and dangers lurk behind every mirror. They couldn’t be more different, but they will need each other to put the hauntings of the past to rest, to break the mirrors’ deadly curse—and to discover the meaning of sisterhood in a racially divided land.