Doesn’t it seem like at some point almost every kid has a thing for dinosaurs? I know I did. Now I might be dating myself here a little bit but I was OBSESSED with the show Dinosaurs. I remember begging my mother for the toy of Baby, and running around my house yelling, “not the Mama!” If your little one is even a little bit as prehistorically preoccupied with dinosaurs as I was, Dinovember is the perfect month to celebrate! And we have perfect books for your dinosaur-obsessed young reader. 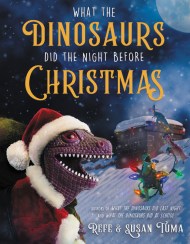 What the Dinosaurs Did the Night Before Christmas

'Twas the night before Christmas, and all through the house not a creature was stirring, not even a…dinosaur?! In the third installment of this series, a whole houseful of overly jolly Jurassic wild things get up to all kinds of holiday mischief: tipping trees, smashing gingerbread houses, swinging from garlands, and more! Will they wreck the halls and end up with coal in their Christmas stockings, or is a Christmas miracle in store? Full-color photographs bring the not-so-silent night to life! 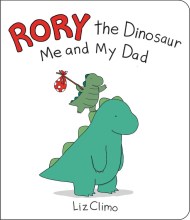 Rory the Dinosaur: Me and My Dad

Is your young one craving independence? Sometimes so do adorable young dinosaurs.

Meet Rory the Dinosaur. He loves spending time with his dad, but today he wants to go on an adventure all on his own. Rory can’t wait to tell his dad about all the things he’s doing by himself, like crossing rivers and finding shelter from the rain. But little does Rory know, his father is never far behind. There’s nothing Rory’s dad won’t do for his intrepid son. Liz Climo celebrates the bond between father and child with her adorable, deceptively simple illustrations in this timeless story of a child’s quest for independence. 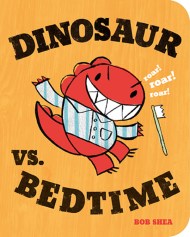 Are dinosaurs just like us when it comes to bedtime? It would seem so. Let’s see if they handle the dreaded bedtime any better than we do. [And check out other epic encounters with Dinosaur Vs. School and Dinosaur Vs. the Library]

Roaaaar! Roaaaar! This little dinosaur usually wins everything, and nothing can stop him—not talking grownups, spaghetti, or even bath time. But what happens when he faces the biggest challenge of all—bedtime? With a dramatic, giggle-inducing storytime text including irresistible ROAARS, little dinosaurs will be begging for this book to be read again and again!

Who said dinosaurs can’t be princesses too? Not me! Your little one won’t want to miss this story about a spunky heroine who knows she can be anything she wants.

Princess Dinosaur loves wearing pink dresses and hosting fancy tea parties. But she also loves roaring and making messes. Embodying both parts of her personality to the fullest, Princess Dinosaur isn’t just one thing, she’s a princess and a dinosaur (and some other things, too)! 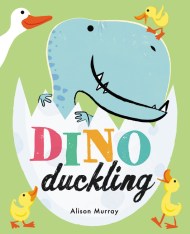 This fun and endearing celebration of differences features a dinosaur finding a home with a family of ducks.

Even as an egg, Dino Duckling is different from all the other baby ducks. And when he’s born, no one seems to notice that he’s actually a dinosaur! Mama Duck knows that there is plenty of room for difference in a loving family, but there’s one big problem: How will Dino Duckling fly south for the winter without any wings? Can Dino Duckling ever truly belong? Alison Murray’s heartwarming reinvention of a classic is perfect for anyone who has ever wondered how to fit in. 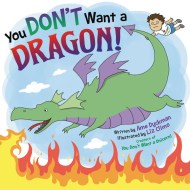 You Don't Want a Dragon!

Dragons and dinosaurs are definitely in the same family, so this 100% counts.

Our protagonist wishes (much to the narrator’s continued chagrin) for a pet dragon. Though initially thrilled, the kid quickly discovers that dragons aren’t quite as awesome as they originally thought. From the scooting to the digging to the fire-breathing, our Kid is dismayed that they still haven’t found their perfect pet. Little do they know, that pet might just be right around the corner . . .