It’s spooky season and for me that has always meant it’s time to gather with my family and cuddle on the couch with a warm blanket, snacks, and a scary movie. As a kid, there was nothing I liked better than watching movies…except maybe reading….even still today I like to sit down with a good book that scares me. If your little one is even the tiniest bit like me and enjoys a little excitement and danger (only in books of course) then this is the perfect time for your young readers to check out our list of Halloween reads that will give them the shivers. 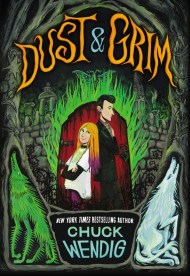 Tell me rival siblings running a monster mortuary doesn’t just give you the chills and sound like something you must know more about!

Thirteen-year-old Molly doesn't know how she got the short end of the stick—being raised by her neglectful father—while Dustin, the older brother she's never met, got their mother and the keys to the family estate. But now the siblings are both orphaned, she's come home for her inheritance, and if Dustin won't welcome her into the family business, then she'll happily take her half in cash.

There's just one problem: the family business is a mortuary for monsters, and Molly's not sure she's ready to deal with mysterious doors, talking wolves, a rogue devourer of magic, and a secret cemetery. It's going to take all of Dustin's stuffy supernatural knowledge and Molly's most heroic cosplay (plus a little help from non-human friends) for the siblings to figure it out and save the day… if only they can get along for five minutes. 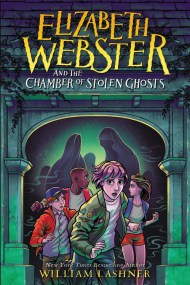 Elizabeth Webster and the Chamber of Stolen Ghosts

Check out the final installment of Elizabeth Webster’s otherworldly series, where Philadelphia's youngest barrister faces a ghostly case that will determine the future of her world. OOOooo!

Reeling from recent struggles in the courtroom, Elizabeth Webster is surprised when two sisters ask her to find the spirits of their parents who have been stolen by a ghost thief. But this simple matter becomes the most terrifying case of Elizabeth's career. Soon, she finds herself battling the ghost thief himself, two cement Martha-Washington-faced dogs, and an army raised by the demon Redwing in the Chamber of Stolen Ghosts.

To find a way forward, Elizabeth will have to rely on an unexpected ally in her quest—her mother. With her mother's history guiding her, Elizabeth will return to the Court of Uncommon Pleas to face her own self-doubts, battle the formidable Redwing, and protect the balance of natural and supernatural realms. 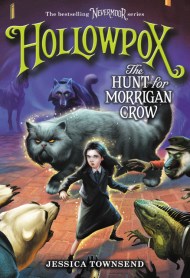 Hollowpox: The Hunt for Morrigan Crow

Morrigan’s whole world just gives me the shivers, but I can’t help but want to know more…

Morrigan Crow and her friends have survived their first year as proud scholars of the elite Wundrous Society, helped bring down the nefarious Ghastly Market, and proven themselves loyal to Unit 919. Now Morrigan faces a new, exciting challenge: to master the mysterious Wretched Arts, and control the power that threatens to consume her.

But a strange and frightening illness has taken hold of Nevermoor, turning infected Wunimals into mindless, vicious Unnimals on the hunt. As victims of the Hollowpox multiply, panic spreads. And with the city she loves in a state of fear, Morrigan quickly realizes it's up to her to find a cure for the Hollowpox, even if it will put her — and everyone in Nevermoor — in more danger than she ever imagined. 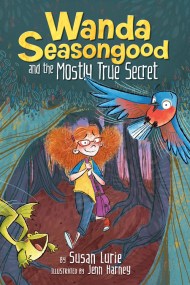 Cover design or artwork by Unknown

The scary woods…or a family you know isn’t quite right? Which would you pick?

Wanda hates her little brother, Zane. But don't judge her for it—Zane is an absolute terror, and her parents blame Wanda for his monstrous behavior. On her eleventh birthday, Wanda makes a wish: to find her true family, because she knows deep down that this one can't be hers.

She gets a surprise visit from a talking bluebird named Voltaire who seems wise and confirms her suspicion that someone has been meddling with her life. He knows the secret . . . he just can't remember what it is right now.

Together they venture into the Scary Wood, where they encounter many magical creatures as they search for the truth. None of these adversaries prepares her for the biggest one: a witch named Raymunda, who has put her and her family under a spell.

Will Wanda succeed in breaking the curse, or will she be stuck in the wrong life forever? 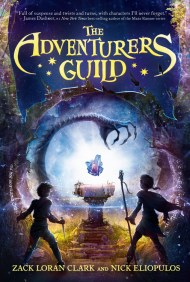 Few ever asked to join the Adventurers Guild because…well…their members often died young. (Maybe we should sit this one out?)

In one of the last cities standing after the world fell to monsters, best friends Zed Kagari and Brock Dunderfel have high hopes for the future. Zed desperately wishes to join the ranks of the Mages Guild, where his status as Freestone’s only half elf might finally be an asset. Brock, the roguishly handsome son of merchants, is confident he’ll be welcomed into the ranks of the Merchants Guild.

But just as it seems the boys’ dreams have come true, their lives take a startling turn . . . and they find themselves members of the perilous Adventurers Guild.

Led by the fearsome Alabasel Frond, the guild acts as the last line of defense against the Dangers—hungry, unnatural beasts from otherworldly planes. And when the boys uncover a conspiracy that threatens all of Freestone, Zed, Brock, and their new allies—Liza, a fierce noble, and Jett, a brave dwarf—must prove their worth once and for all. For Lucely Luna, ghosts are more than just the family business. Shortly before Halloween, Lucely and her best friend, Syd, cast a spell that accidentally awakens malicious spirits, wreaking havoc throughout St. Augustine.

Together, they must join forces with Syd's witch grandmother, Babette, and her tubby tabby, Chunk, to fight the haunting head-on and reverse the curse to save the town and Lucely's firefly spirits before it's too late. With the family dynamics of Coco and action-packed adventure of Ghostbusters, Claribel A. Ortega delivers both a thrillingly spooky and delightfully sweet debut novel. 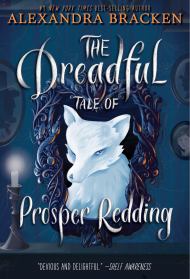 Would you rather be unexceptional or have a demon take over your body? Seems like a tough choice, right?

Prosper is the only unexceptional Redding in his old and storied family history — that is, until he discovers the demon living inside him. Turns out Prosper's great-great-great-great-great-something grandfather made — and then broke — a contract with a malefactor, a demon who exchanges fortune for eternal servitude. And, weirdly enough, four-thousand-year-old Alastor isn't exactly the forgiving type.

The fiend has reawakened with one purpose — to destroy the family whose success he ensured and who then betrayed him. With only days to break the curse and banish Alastor back to the demon realm, Prosper is playing unwilling host to the fiend, who delights in tormenting him with nasty insults and constant attempts trick him into a contract. Yeah, Prosper will take his future without a side of eternal servitude, thanks.

Little does Prosper know, the malefactor's control over his body grows stronger with each passing night, and there's a lot Alastor isn't telling his dim-witted (but admittedly strong-willed) human host.