It’s December, and Hanukkah is just around the corner! It’s never easy to feel apart from the dominant culture, and I remember this time of year always being difficult when I was younger (my mom calls it “Christmas Envy”). So, to combat those gloomy feelings, my family pored everything into creating magical, lasting Hanukkah memories: Brisket made with our secret family recipe, sizzling latkes that permeate the whole house with their delicious oily smell, watching the candles burn bright on our menorah, competitive games of dreidel (or just trying to see who can get their dreidel to spin upside-down the longest), and lots of waxy chocolate gelt!

Here are some of our favorite Hanukkah stories to read and celebrate with your kids: 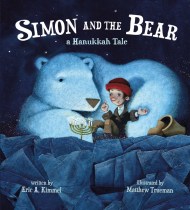 Simon and the Bear

by Eric A. Kimmel

When a boy winds up on a drifting iceberg after his ship to America sinks, he knows it will be a miracle if he makes it off alive. But it’s the first night of Hanukkah, and luckily, his mother packed him with everything he needs to celebrate! After lighting his menorah and spinning his dreidel, the boy gets a surprise visitor… a polar bear. Rather than eating him, however, the polar bear learns all about Hanukkah, enjoys some latkes, and provides the boy with warmth and freshly caught fish until he is rescued.

This heartwarming story of hope, friendship, selflessness, and resilience is a Hanukkah tale like none other. 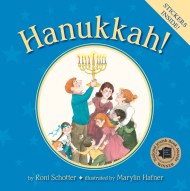 Hanukkah is here and there is much to do to celebrate. There is food to make—meat, salad, latkes, applesauce, cookies, and cake! There are decorations to make and presents to give! Menorahs to light and dreidels to spin! And finally, baby Moe must learn how to say Hanukkah—do you think he can do it? 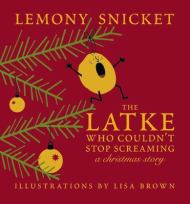 The Latke Who Couldn't Stop Screaming

After escaping a crispy fate in a boiling pot of oil, a lone latke takes off running through the village, trying to share the meaning of Hanukkah as he goes. But nobody seems to understand, and it is making the latke so frustrated he can’t help but scream! Despite everyone’s insistence, Hanukkah and Christmas are two very different holidays. Latkes are not just hash browns, and presents aren’t even a big part of the celebration (although, who doesn’t enjoy exchanging gifts?). However, what is important is to tell the Hanukkah story and light the candles for all eight nights!

As someone who, more often than not, was the only Jew in my class growing up, I can definitely relate to this screaming latke! This laugh-out-loud hilarious book is perfect for your kids to share with their Christmas-celebrating friends. 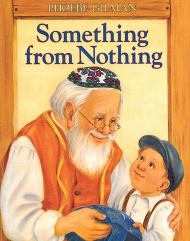 While not a specifically Hanukkah story, this classic Jewish folktale retelling was a favorite at Hebrew school and one my parents always read to me around this time of year.

When he was just a baby, Joseph’s grandfather made him a very special blanket. But now Joseph is a little older and his mother tells him it’s time to throw the blanket out. Distraught, Joseph runs to his grandfather, a tailor, and asks him to turn the blanket into something new. Over the years, Joseph’s grandfather manages to transform the blanket into a jacket, then a vest, then a tie, then a handkerchief, and lastly a single button—proving that, with a little creativity, you can always make something from nothing. The year is 1912 and the All-of-a-Kind Family is preparing for Hanukkah in their Lower East Side NYC home. Four-year-old Gertie is eager to help with the latkes, just like her four older sisters, but when her mother sends her to her room out of fear that the crackling hot oil will cause nasty burns, Gertie hides under her bed in anger. It’s not until her father comes home with some tasty gingersnaps that Gertie will crawl back out. And when she does, her father tells her she is old enough for a very important job—to help him light the candles! 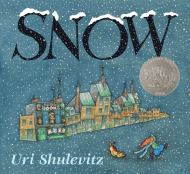 Although not a strictly Hanukkah story, this is a beautifully illustrated book about the magic of winter and freshly falling snow from a Caldecott Honor-winning Jewish author/illustrator.

Nobody thinks anything will come of the few snowflakes coming down from the sky (the opposite of the county-wide panic when we see a drop of snow in the Seattle)—nobody except for one little boy and his dog. And despite everyone’s pessimism, as the snowflakes begins to swirl through the air, the little boy and his dog are excited to see their city transformed into something spectacular.