It’s only in the last ten years that we’ve seen books for young readers begin to reflect the lived experiences of transgender, nonbinary, and gender non-conforming young people. Fortunately, more and more books are portraying these experiences, giving voice to children who otherwise might feel isolated or unseen. Seeing one’s own story, or a story like one’s own, in a book is a powerful self-affirmation. Likewise, seeing someone else’s story in a book creates a meaningful bond of empathy. Whatever your personal gender identity or that of your young readers, explore these amazing middle grade books featuring transgender, nonbinary, and gender non-conforming characters. Their stories are filled with all of the beauty, magic, and joy you could want to read. 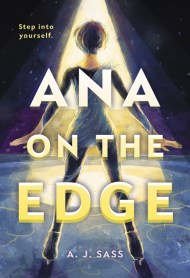 Twelve-year-old Ana-Marie Jin, the reigning US Juvenile figure skating champion, is not a frilly dress kind of kid. So, when Ana learns that next season’s program will be princess themed, doubt forms fast. Still, Ana tries to focus on training and putting together a stellar routine worthy of national success.

Once Ana meets Hayden, a transgender boy new to the rink, thoughts about the princess program and gender identity begin to take center stage. And when Hayden mistakes Ana for a boy, Ana doesn’t correct him and finds comfort in this boyish identity when he’s around. As their friendship develops, Ana realizes that it’s tricky juggling two different identities on one slippery sheet of ice. And with a major competition approaching, Ana must decide whether telling everyone the truth is worth risking years of hard work and sacrifice. 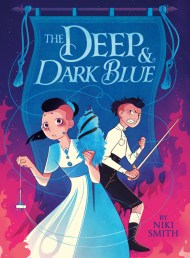 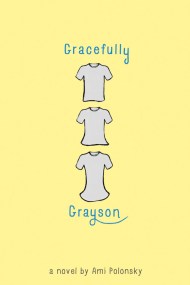 Grayson Sender has been holding onto a secret for what seems like forever: “he” is a girl on the inside, stuck in the wrong gender’s body. The weight of this secret is crushing, but sharing it would mean facing ridicule, scorn, rejection, or worse. Despite the risks, Grayson’s true self itches to break free. Will new strength from an unexpected friendship and a caring teacher’s wisdom be enough to help Grayson step into the spotlight she was born to inhabit? 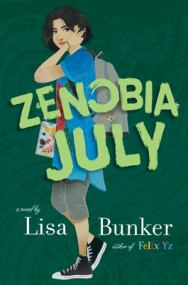 Zenobia July is starting a new life. She used to live in Arizona with her father; now she's in Maine with her aunts. She used to spend most of her time behind a computer screen, improving her impressive coding and hacking skills; now she's coming out of her shell and discovering a community of friends at Monarch Middle School. People used to tell her she was a boy; now she's able to live openly as the girl she always knew she was.

When someone anonymously posts hateful memes on her school's website, Zenobia knows she's the one with the abilities to solve the mystery, all while wrestling with the challenges of a new school, a new family, and coming to grips with presenting her true gender for the first time. Timely and touching, Zenobia July is, at its heart, a story about finding home. 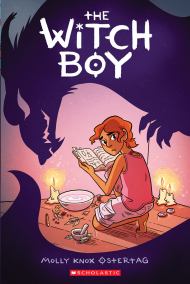 In thirteen-year-old Aster's family, all the girls are raised to be witches, while boys grow up to be shapeshifters. Anyone who dares cross those lines is exiled. Unfortunately for Aster, he still hasn't shifted... and he's still fascinated by witchery, no matter how forbidden it might be.

When a mysterious danger threatens the other boys, Aster knows he can help -- as a witch. It will take the encouragement of a new friend, the non-magical and non-conforming Charlie, to convince Aster to try practicing his skills. And it will require even more courage to save his family... and be truly himself. 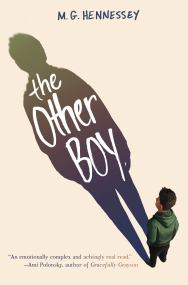 Twelve-year-old Shane Woods is just a regular boy. He loves pitching for his baseball team, working on his graphic novel, and hanging out with his best friend, Josh. But Shane is keeping something private, something that might make a difference to his teammates, to Josh, and to his new crush, Madeline. And when a classmate threatens to reveal his secret, Shane’s whole world comes crashing down. It will take a lot of courage for Shane to ignore the hate and show the world that he’s still the same boy he was before. And in the end, those who stand beside him may surprise everyone, including Shane.