Oh, to be a child with a stack of books and the whole winter break to read them again. There was nothing better than diving into a new series and knowing I wouldn’t run out of reading material anytime soon. We have collected ten captivating series openers to satisfy even the most voracious holiday vacation readers. They’re so irresistible you might just want to follow along with your kid. Happy reading! 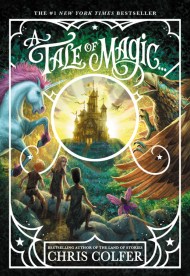 This #1 New York Times bestseller is the first book in a new series set in Chris Colfer’s Land of Stories universe, perfect for both new and longtime fans!

When Brystal Evergreen stumbles across a secret section of the library, she discovers a book that introduces her to a world beyond her imagination and learns the impossible: She is a fairy capable of magic! But in the oppressive Southern Kingdom, women are forbidden from reading and magic is outlawed, so Brystal is swiftly convicted of her crimes and sent to the miserable Bootstrap Correctional Facility.

But with the help of the mysterious Madame Weatherberry, Brystal is whisked away and enrolled in an academy of magic! Adventure comes with a price, however, and when Madame Weatherberry is called away to attend to an important problem she doesn’t return.

Do Brystal and her classmates have what it takes to stop a sinister plot that risks the fate of the world, and magic, forever? 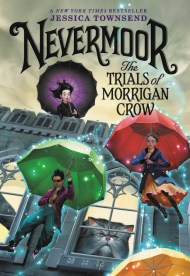 A breathtaking, enchanting new series by debut author Jessica Townsend, about a cursed girl who escapes death and finds herself in a magical world–but is then tested beyond her wildest imagination.

Morrigan Crow is cursed. Having been born on Eventide, the unluckiest day for any child to be born, she’s blamed for all local misfortunes, from hailstorms to heart attacks–and, worst of all, the curse means that Morrigan is doomed to die at midnight on her eleventh birthday.

But as Morrigan awaits her fate, a strange and remarkable man named Jupiter North appears. Chased by black-smoke hounds and shadowy hunters on horseback, he whisks her away into the safety of a secret, magical city called Nevermoor.

It’s then that Morrigan discovers Jupiter has chosen her to contend for a place in the city’s most prestigious organization: the Wundrous Society. In order to join, she must compete in four difficult and dangerous trials against hundreds of other children, each with an extraordinary talent that sets them apart–an extraordinary talent that Morrigan insists she does not have. To stay in the safety of Nevermoor for good, Morrigan will need to find a way to pass the tests–or she’ll have to leave the city to confront her deadly fate. 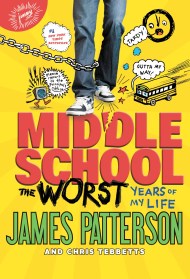 Middle School, The Worst Years of My Life

Rafe Khatchadorian has enough problems at home without throwing his first year of middle school into the mix. Luckily, he’s got an ace plan for the best year ever: to break every rule in his school’s oppressive Code of Conduct. Chewing gum in class: 5,000 points! Running in the hallway: 10,000 points! Pulling the fire alarm: 50,000 points! But when Rafe’s game starts to catch up with him, he’ll have to decide if winning is all that matters, or if he’s finally ready to face the rules, bullies, and truths he’s been avoiding. 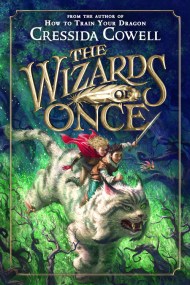 In the first book of a new series by the bestselling author of How to Train Your Dragon, the warring worlds of Wizards and Warriors collide in a thrilling and enchanting adventure.

Once there were Wizards, who were Magic, and Warriors, who were not. But Xar, son of the King of Wizards, can’t cast a single spell. And Wish, daughter of the Warrior Queen, has a banned magical object of her own. When they collide in the wildwood, on the trail of a deadly witch, it’s the start of a grand adventure that just might change the fabric of their worlds. 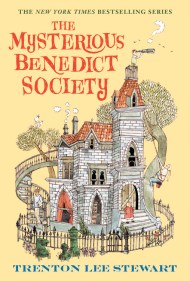 For fans of Lemony Snicket and Escape from Mr. Lemoncello’s Library, this first book in the bestselling, award-winning Mysterious Benedict Society Series is not to be missed!

“Are you a gifted child looking for special opportunities?” Dozens of children respond to this peculiar ad in the newspaper and are then put through a series of mind-bending tests, which readers take along with them. Only four children–two boys and two girls–succeed. Their challenge: to go on a secret mission that only the most intelligent and inventive children could complete. To accomplish it they will have to go undercover at the Learning Institute for the Very Enlightened, where the only rule is that there are no rules. But what they’ll find in the hidden underground tunnels of the school is more than your average school supplies. So, if you’re gifted, creative, or happen to know Morse Code, they could probably use your help. 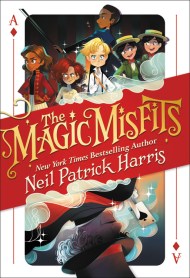 A New York Times bestseller and USA Today bestselling book! From award-winning actor Neil Patrick Harris comes the magical first book in a new series with plenty of tricks up its sleeve.

When street magician Carter runs away, he never expects to find friends and magic in a sleepy New England town. But like any good trick, things change instantly as greedy B.B. Bosso and his crew of crooked carnies arrive to steal anything and everything they can get their sticky fingers on.

After a fateful encounter with the local purveyor of illusion, Dante Vernon, Carter teams up with five other like-minded illusionists. Together, using both teamwork and magic, they’ll set out to save the town of Mineral Wells from Bosso’s villainous clutches. These six Magic Misfits will soon discover adventure, friendship, and their own self-worth in this delightful new series. 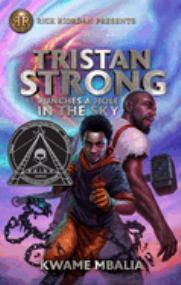 Tristan Strong Punches a Hole in the Sky

Seventh grader Tristan Strong feels anything but strong ever since he failed to save his best friend when they were in a bus accident together. All he has left of Eddie is the journal his friend wrote stories in. Tristan is dreading the month he's going to spend on his grandparents' farm in Alabama, where he's being sent to heal from the tragedy. But on his first night there, a sticky creature shows up in his bedroom and steals Eddie's notebook. Tristan chases after it--is that a doll?--and a tug-of-war ensues between them underneath a Bottle Tree. In a last attempt to wrestle the journal out of the creature's hands, Tristan punches the tree, accidentally ripping open a chasm into the MidPass, a volatile place with a burning sea, haunted bone ships, and iron monsters that are hunting the inhabitants of this world. Tristan finds himself in the middle of a battle that has left black American folk heroes John Henry and Brer Rabbit exhausted. In order to get back home, Tristan and these new allies will need to entice the god Anansi, the Weaver, to come out of hiding and seal the hole in the sky. But bartering with the trickster Anansi always comes at a price.

Can Tristan save this world before he loses more of the things he loves? 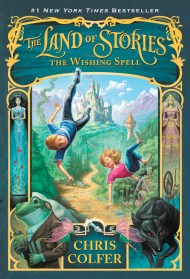 The Land of Stories: The Wishing Spell

The first book in Chris Colfer’s #1 New York Times bestselling series The Land of Stories about two siblings who fall into a fairy-tale world!

Alex and Conner Bailey’s world is about to change, in this fast-paced adventure that uniquely combines our modern day world with the enchanting realm of classic fairy tales.

The Land of Stories tells the tale of twins Alex and Conner. Through the mysterious powers of a cherished book of stories, they leave their world behind and find themselves in a foreign land full of wonder and magic where they come face-to-face with fairy tale characters they grew up reading about.

But after a series of encounters with witches, wolves, goblins, and trolls alike, getting back home is going to be harder than they thought. 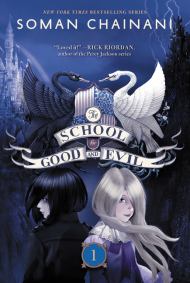 The School for Good and Evil

The New York Times bestselling School for Good and Evil series is an epic journey into a dazzling new world, where the only way out of a fairy tale is to live through one. Start here to follow Sophie, Agatha, and everyone at school from the beginning!

With her glass slippers and devotion to good deeds, Sophie knows she'll earn top marks at the School for Good and join the ranks of past students like Cinderella, Rapunzel, and Snow White. Meanwhile, Agatha, with her shapeless black frocks and wicked black cat, seems a natural fit for the villains in the School for Evil.

The two girls soon find their fortunes reversed—Sophie's dumped in the School for Evil to take Uglification, Death Curses, and Henchmen Training, while Agatha finds herself in the School for Good, thrust among handsome princes and fair maidens for classes in Princess Etiquette and Animal Communication.

But what if the mistake is actually the first clue to discovering who Sophie and Agatha really are? 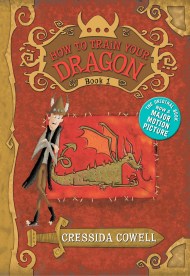 How to Train Your Dragon

Hiccup Horrendous Haddock III, the quiet and thoughtful son of the Chief of the Hairy Hooligans, tries to pass the important initiation test of his Viking clan by catching and training a dragon. Can Hiccup do it without being torn limb from limb?

Join his adventures and misadventures as he finds a new way to train dragons–and becomes a hero. This action-packed, hilarious, and perfectly illustrated novel is a modern classic beloved by millions across the globe.