Let’s face it. Space is, and always will be, cool. (Minus 445 degrees Fahrenheit to be exact). If the little one in your life is an aspiring astronaut, explore these books together! You’ll find facts about the universe, narratives from history, and breathtaking illustrations. Shoot for the moon. Even if you miss, you’ll land among these dazzling titles. 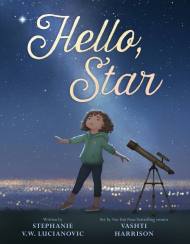 When a young girl learns that a bright light in the sky is coming from a dying star, she promises to keep it company until the light goes out. Every night the girl reassures her friend that she is still there.

As the years pass, the girl learns everything she can about planets, space, and the universe, inspired by her dimming friend—until she realizes she needs to do something more.

This touching tribute to stars, space, and science celebrates how a small act of compassion can flourish into a life full of meaning and wonder. 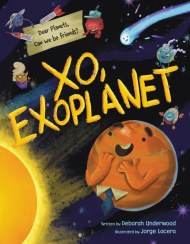 It was an ordinary day for Mercury, Venus, Earth, Mars, Jupiter, Saturn, Uranus, Neptune, (and don't forget Pluto, the dwarf planet). The planets were circling the Sun, staring into space, until suddenly they spot something else in their Solar System. What could it be? Who could it be? The planets have no idea but they're circling to find out. Whatever it is that something is most definitely, absolutely, without a doubt NOT a planet. 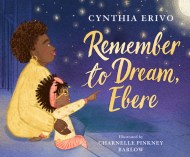 When Ebere's mother puts her to bed at night, she always says, "Remember to dream, Ebere." And dream, Ebere does! Encouraged by her mother to make her dreams as big as possible, Ebere imagines herself as the captain of a rocket ship with the ability to go anywhere in the universe.

A message of hope and possibility, award-winning star of stage and screen Cynthia Erivo's debut picture book is an ode to a child's imagination, a parent's love, and the big dreams shared by both. 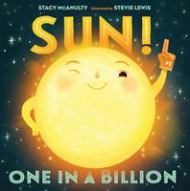 Sun! One in a Billion

Meet Sun: He's a star! And not just any star―he's one in a billion. He lights up our solar system and makes life possible. With characteristic humor and charm, Stacy McAnulty channels the voice of Sun in this next celestial "autobiography." Rich with kid-friendly facts and beautifully illustrated, Sun! One in a Billion is an equally charming and irresistible companion to Earth! My First 4.54 Billion Years. 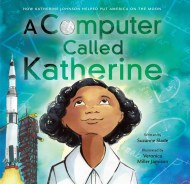 Katherine knew it was wrong that African Americans didn’t have the same rights as others–as wrong as 5+5=12. She knew it was wrong that people thought women could only be teachers or nurses–as wrong as 10-5=3. And she proved everyone wrong by zooming ahead of her classmates, starting college at fifteen, and eventually joining NASA, where her calculations helped pioneer America’s first manned flight into space, its first manned orbit of Earth, and the world’s first trip to the moon! 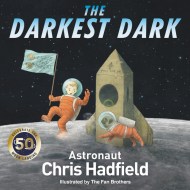 Illustrated by The Fan Brothers

Chris loves rockets and planets and pretending he’s a brave astronaut, exploring the universe. Only one problem–at night, Chris doesn’t feel so brave. He’s afraid of the dark.

But when he watches the groundbreaking moon landing on TV, he realizes that space is the darkest dark there is–and the dark is beautiful and exciting, especially when you have big dreams to keep you company.

Inspired by the childhood of real-life astronaut Chris Hadfield and brought to life by Terry and Eric Fan’s lush, evocative illustrations, The Darkest Dark will encourage readers to dream the impossible. 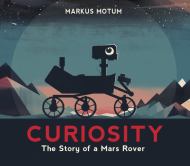 Curiosity: the Story of a Mars Rover

Maybe you remember when a little robotic spacecraft landed on a far-off planet. On August 6, 2012, the rover Curiosity touched down on the rocky surface of Mars — and now she’s ready to guide you through her journey firsthand.

From idea to creation and beyond, this fact-filled, stylish book introduces readers to Curiosity and her mission: to discover more about the red planet and search for evidence of life. How did Curiosity get her name? What tools does she use to carry out her tasks? In her own voice, the popular NASA rover tells how and why she traveled more than 350,000,000 miles to explore a planet no human has ever visited . . . and what she’s been doing there.

In his debut picture book, Markus Motum brings Curiosity’s story to life in vivid color: the deep blues of space set off the warm, rusted hues of Mars’s dusty red surface, marking this lovable rover and her mission as something special — truly a world apart.