The green flag waves and it’s time to hit the gas! The NASCAR Cup Series Championship is this weekend, and people everywhere will tune in to see fast cars and speedy drivers. For the youngest race car enthusiasts—or any young reader who wishes they were behind the wheel—we’ve put together a list of picture books that are sure to get engines running. Boogity, boogity, boogity! 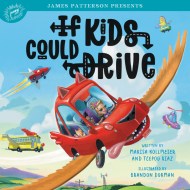 If Kids Could Drive

What kid hasn’t imagined themselves in the driver’s seat? Where would they go and what would they do? This super fun book lets imaginations run wild, with endless possibilities for what would happen if kids were at the steering wheel.

Rev up kids' imaginations with this wheely silly read-aloud book that puts them in the driver's seat, heading straight for big laughs!

If kids could drive . . . what would the world be like? Roads would have roller coaster loops, parking lots would be bumper car rinks, and you'd stop at milkshake stations to fill 'er up! Strap in for a wild ride through a zany world where kids are in charge and there are no (road) rules. Vroom!

Bright, joyful artwork by Brandon Dorman is packed with fun details that make If Kids Could Drive a terrific read-aloud story for parents and children. Some books are created purely for fun, and this is one of them! 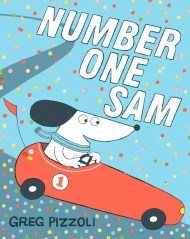 Sometimes even the best racers don’t come in first place. This speedy tale from award-winning creator Greg Pizzoli helps teach an important lesson about winning and losing…all while having a lot of fun along the way.

They’re off! Sam is the best race-car driver in history — he is number one at every race! But when his best friend, Maggie, shows that she has racing talent of her own, Sam doesn’t know how to handle coming in second place. Will he learn what it truly means to be a winner? With his signature light touch, Greg Pizzoli’s upbeat story about being a good sport is perfect for read-aloud. 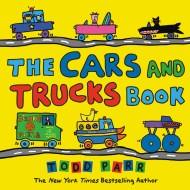 The Cars and Trucks Book

There’s more than just race cars at any NASCAR event. There’s cars and trucks and all sorts of fun vehicles! With Todd Parr’s signature color and wit, he hits the road exploring all the many kinds of cars and trucks and other four-wheelers (or more!) out there.

Todd Parr brings his trademark bright colors and bold lines to his new book about cars, trucks, and the occasional bus. In a fun collection of silly images, Todd explores all of the ways vehicles have an impact on our daily lives, while weaving in messages about positivity, the environment, and safety. Readers will laugh along with the whole four-wheeled gang! 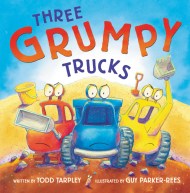 Whether we’re a race car driver or a cheering fan, a bad mood can hit like a big old speed bump. This awesome book on emotions helps readers realize when they need to take a pit stop, turn around, and get out of their funk.

Whirr! Whomp! Grind! Chomp! Three toy trucks have big plans for their day at the playground: digging and lifting, building and shifting. But then they start to get tired . . . and hot . . . and hungry . . . . They're GRUMPY! When they throw a total truck tantrum, will anyone be able to calm them down?

Kids (and parents) may just recognize themselves in this entertaining take on getting grouchy, and getting over it. The lighthearted, rhythmic text will have young readers chanting along, and the bright and buoyant illustrations of the trucks' looming meltdown will keep them giggling! 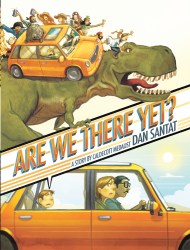 Are We There Yet?

What’s the opposite of cars speeding around a track? A reeeeeeallllly slow, reeeeallllly long, road trip. But what better way to pass the time in a car, than a wildly imaginative story that just might send readers back in time!

Caldecott Medalist Dan Santat–creator of The Adventures of Beekle: The Unimaginary Friend and After the Fall–takes readers on the road trip of a lifetime!

“Are we there yet?” Every parent has heard this classic kid question on a long car ride–and after reading this astonishingly inventive new book (that even turns upside down for several pages!), you’ll never look at being bored the same way again.

Let’s face it: everyone knows that car rides can be boring. And when things get boring, time slows down. In this book, a boy feels time slowing down so much that it starts going backward–into the time of pirates! Of princesses! Of dinosaurs! The boy was just trying to get to his grandmother’s birthday party, but instead he’s traveling through Ancient Egypt and rubbing shoulders with Ben Franklin. When time flies, who knows where–or when–he’ll end up.